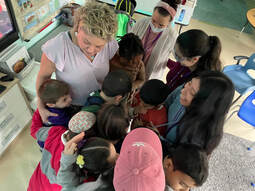 Celebrate the Children’s Co-Founder and Executive Director, Monica G. Osgood, is an experienced behavioral consultant and therapist who specializes in using developmental approaches to support children with autism and other differences in relating and communicating. She is also Founder and Director of the Developmental Center for Children and Families and Executive Director and a founding member of the Profectum Foundation. Monica has worked in homes, therapy centers, and private and public school settings for over 20 years. Some of her experience has included assessment and the development of intervention programs, curriculum and IEP development, and parent and professional training.
​In 1998 Monica created the first public school program with the Developmental Individual Relationship-based (DIR model) approach as the core philosophy. ​In 2000 she was the first educator to join the Senior Faculty of the Interdisciplinary Council on Development and Learning(ICDL) to provide interdisciplinary training in the DIR Model. During her time with ICDL Monica served as Faculty for all of their yearly training institutes, spoke at many of their conferences and had the opportunity to work closely and collaborate with Drs. Greenspan and Wieder to further develop the DIR Model in school settings. ​In 2004, she collaborated with Lauren Blaszak to open a state-approved, DIR Model school for children ages 3-21 in Denville New Jersey now serving over 70 school districts and 130 families.
​
Additional accomplishments include many speaking engagements at conferences and participation in television, radio and newspaper interviews across the USA, Wales, Ireland and Amsterdam. Monica has appeared on Welsh Channel 4 and BBC1 documentaries, sharing the DIR model approach with British parents and professionals. Monica and the Celebrate the Children school were featured in a TIME Magazine cover story in May of 2006. ​She serves on the Advisory Board for 3LPlace and the National Advisory Council for The Centers for Exceptional Children​.  Monica also serves on the Economic Development Advisory Council and the Sustainable Economic Development Plan Steering Committee for her local Town Council. Finally, she collaborated with twice Grammy nominated children’s artists Dan Myers and Brady Rymer on an album and music video celebrating diversity in children with all abilities released April 2011.
Lauren Blaszak 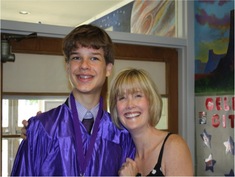 Lauren Blaszak is one of the Co-Founders and Executive Directors of Celebrate the Children school.  Lauren has extensive experience working with students with Autism Spectrum Disorder and other developmental disorders for over 14 years. Prior to starting the school in 2004 in collaboration with Monica Osgood, Lauren worked as a behavioral consultant to public school districts in New Jersey and New York.  In addition, her experience includes parent support and training, social skills training, supervision of home programs, supervisor of instructional teams and supporting public schools in learning about and integrating DIR® into the mainstream.  She also works collaboratively with other organizations and professionals in terms of education and research of Autism and related disorders.  Her accomplishments include speaking engagements at national and local conferences, as well as participation in television, radio, and newspaper interviews and publications. 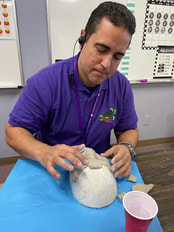 Dr. Randy Rossilli, Jr., is the principal of Celebrate the Children.  Randy has been a school administrator for more than 20 years. He has developed elite magnet school programs for Medical Science and Research, Engineering, Fine and Performing Arts, International Studies, and Communication Technology. He has also led other unique special education programs as a principal and supervisor of instruction.  Recognized by Apple as one of the top technology educators in North America, Randy has applied his knowledge of content and technology to the development of educational media, where he is a four-time Emmy Nominee and Emmy Award Winner, as well as the winner of the New York International Film Festival for documentary short. He has published several children's books on character education and applied learning.  Randy is currently pursuing his doctorate where his dissertation will be about Child Development, DIR®, and the Power of Play.

Be sure to check out Principal Randy's Corner, which is updated often with articles, resources, and activities!
Work With Us
2023 Celebrate the Children